A magnificent final for Falken at the Nürburgring: Klaus Bachler and Martin Ragginger crowned the Porsche 911 GT3 R’s farewell race with the second victory of the VLN 2018 season and duly said goodbye to the successful model into well-deserved retirement. Peter Dumbreck and Jens Klingmann scooped 15th place in the BMW M6 GT3.

With that, another chapter of Falken’s successful history draws to a close. No prior Falken racing car has been more successful than the 991 model. To sum up: the Porsche won two overall VLN victories and a total of nine podium places since its racing debut in April 2016. The always reliable 911 completed over 30,000 racing kilometres on the challenging Nürburgring Nordschleife. An impressive proof of performance for the meticulous work of the Falken engineers.

Already in the run-up to the farewell race, the tyre manufacturer attracted attention with an extraordinary initiative. Fans, drivers, team members and officials were given the unique opportunity to commemorate the racing car with their signature and a personal dedication.

Early in the race, the Porsche team took the lead and controlled the following competition from the front. After four hours Martin Ragginger and Klaus Bachler crossed the finish line as winners thanks to a clever pit strategy and perfect tyre management to celebrate their second joint success for Falken.

Falken thus concludes the successful season with two overall victories – including the first double victory in the team’s history – and a total of seven podium finishes. This weekend’s result also means Falken has been crowned overall winner of the VLN Speed Trophy 2018 which rewards the top teams according to the current Formula 1 points system. 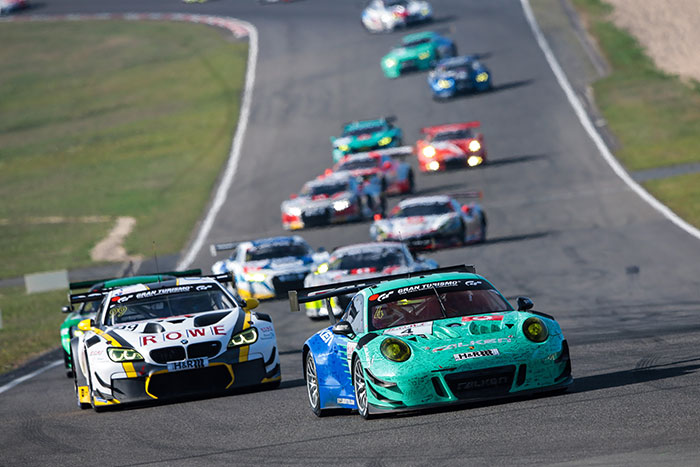